Bandwidth Throttling And How To Bypass Them - GiftechsBlog

Bandwidth throttling is the intentional slowing of Internet service by an Internet service provider. It is a reactive measure employed in communication networks to regulate network traffic and minimize bandwidth congestion. 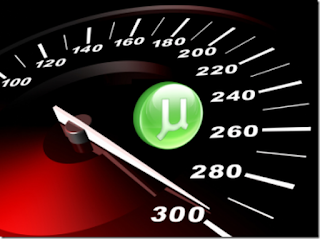 Throttling can be used to actively limit a user’s upload and download rates on programs such as video streaming, BitTorrent protocols and other file sharing applications, as well as even out the usage of the total bandwidth supplied across all users on the network. Bandwidth throttling is also often used in Internet applications, in order to spread a load over a wider network to reduce local network congestion, or over a number of servers to avoid overloading individual ones, and so reduce their risk of crashing, and gain additional revenue by compelling users to use more expensive pricing schemes where bandwidth is not throttled.

A computer network typically consists of a number of servers, which host data and provide services to clients. The Internet is a good example, in which web servers are used to host websites, providing information to a potentially very large number of client computers.

Clients will make requests to servers, which will respond by sending the required data. As there will typically be many clients per server, the data processing demand on a server will generally be considerably greater than on any individual client. And so servers are typically implemented using computers with high data capacity and processing power.

The traffic on such a network will vary over time, and there will be periods when client requests will peak, sometimes exceeding the capacity of parts of network and causing congestion, especially in parts of the network that form bottlenecks. This can cause data request failures, or in worst cases, server crashes.

In order to prevent such occurrences, a server administrator may implement bandwidth throttling to control the number of requests a server responds to within a specified period of time.

When a server using bandwidth throttling reaches the specified limit, it will offload new requests and not respond to them. Sometimes they may be added to a queue to be processed once the bandwidth use reaches an acceptable level, but at peak times the request rate can even exceed the capacities of such queues and requests have to be thrown away.

A bandwidth intensive device, such as a server, might limit, or throttle, the rate at which it accepts data, in order to avoid overloading its processing capacity. This can be done both at the local network servers or at the ISP servers. ISPs often employ deep packet inspection (DPI), which is widely available in routers or provided by special DPI equipment. Additionally, today’s networking equipment allows ISPs to collect statistics on ﬂow sizes at line speed, which can be used to mark large ﬂows for traffic shaping. Two ISPs, Cox and Comcast, have stated that they engage in this practice, where they limit users’ bandwidth by up to 99%.

Today most if not all Internet Service Providers throttle their users’ bandwidth, with or without the user ever even realizing it. In the specific case of Comcast, an equipment vendor called Sandvine developed the network management technology that throttled P2P file transfers.

Those that could have their bandwidth throttled are typically someone who is constantly downloading and uploading torrents, or someone who just watches a lot of online videos. Many consider this as an unfair method of regulating the bandwidth because consumers not getting the required bandwidth even after paying the prices set by the ISPs. By throttling the people who are using so much bandwidth, the ISPs claim to enable their regular users to have a better overall quality of service.

HOW TO BYPASS BANDWIDTH THROTTLING

When you have 4g signal place your hand over the top of the phone until it switches to 3g
Then remove your hand and sit the phone down. If your 4g signal is strong enough it will soon switch back to 4g and your throttle should be gone.

*This is not a permanent fix, you will have to do this each time you notice your speeds are throttled

You may also use PDAnet to tether your internet to your pc and use this method to download movies, games, shows, music etc.

speed changes from 24/kbs to over 2mbs
It’s also not compulsory that your phone must be rooted.

How To Fix Tiktok Story Not Showing Errors