Google launched a network of free Wi-Fi hotspots in Nigeria on Thursday, part of its effort to increase its presence in Africa’s most populous nation. 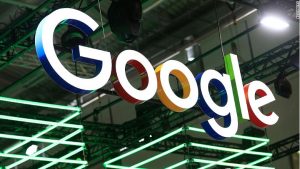 In other words, Google will make available free Wi-Fi facilities in about 200 sites in Lagos and five other states in Nigeria between now and 2019.

10 million Nigerians, including Internet Service Providers (ISPs) are expected to benefit immensely from this project. The other states are Kaduna; Port Harcourt (Rivers state); Ibadan (Oyo state); Enugu and Abuja.

Google Station is a service that allows Google partners to roll out Wi-Fi hotspots in public places by providing software and advice on hardware to turn fibre connections into Wi-Fi.

According to Google Vice President  Anjali Joshi said Google was doing this because the Internet has the potential to completely transform Africa… “We are rolling out the service in Lagos today but the plan is to quickly expand to other locations,”

How to use your Gmail account services offline – without internet connection

How To Type With Google Speech ToText Voice On Google Doc