How To Fix Tiktok Story Not Showing Errors - GiftechsBlog

Tiktok has become a veritable force to recon with in the social media industry and has gained over a billion users in the past years. 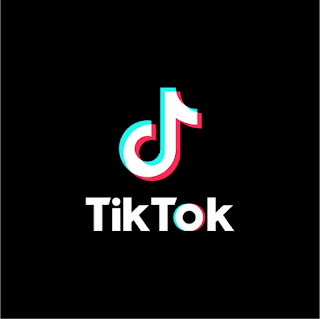 TikTok is a video hosting service owned by Chinese company ByteDance. It hosts a variety of short-form user videos, from genres like pranks, stunts, tricks, jokes, dance, and entertainment for your viewing pleasure.

What is a Tiktok’s story?

Read also: How Hashtags Can Give 1000 views in 24 hours on TikTok

A TikTok Story is a TikTok videos that shows up in TikTok video feeds but disappear after 24 hours. They can be accessed by tapping a TikTok user’s profile picture when a Story is available and the profile image has a light blue circle around it.

Tiktok story features are designed either at the top or provided with an options button on your social media platform called Tiktok where you will get a chance to view live to view a different kind of stories which will appear on the status for nothing less than 24 hours.

Tiktok stories might come with some difficulty for certain users or lags, that’s why in this article, you will learn straightforward ways on how you can fix Tiktok story not showing errors on TikTok.

What is the main function of story on social media platforms?

This Story feature’s main aim is to instantly tell others what is happening in one’s life or business in the form of a story. Stories appear as gradient borders around the users’ profile pictures on their social media platforms.

The Tiktok story feature was implemented in early August 2021 and most people have not been able to see their pictures but other social media platforms like Snapchat have already introduced their own fixtures from October in the year 2010 to 2013.

My Tiktok story not showing how to fix it?

In some cases, if you noticed that you have not gotten the Tiktok story features then there is no other panic to raise no any other alarm to read for us of August 2021 the Tiktok story has been under beta testing section with you don’t need to panic if your Tiktok has not been showing you such features.

But if you are a beta tester or you have already signed up to be a beta tester of the Tiktok social Media platform, then you should be able to see the function on your Tiktok personal account page.

For now the tiktok story is mostly available for beta testing users only but the official application with the features for the general public would soon be available for download on playstore.

How to fix Tiktok story not showing on Tiktok

This issue can be really problematic, and one of the easiest ways to correct this glitch to reinstall the app on your device, but not that it’s strictly only available for beta users, at least for now.

Who are TikTok beta testers?

TikTok Beta testers are “real” users and conduct their testing in a production environment running on the same hardware, networks, as the final release.

This also means it’s the first chance for full security and reliability testing because those tests can’t be conducted in a lab or stage environment.

Play Tiktok story features are not yet available globally for it is only available for beta tester users.

How To Improve The Sound Quality of a Smartphone

Getting Acquainted With the 3 Types of Mouses

HIPAA in a "Nutshell" – Guidelines for EMR and Paper Medical...