Scientists have developed a way of uploading information to one’s brain that almost imitates the methods used in The Matrix, similar to Keanu Reeves’ character Neo in The Matrix trilogy. The character Neo had a range of kung-fu skills ‘uploaded’ directly into his brain in just a few seconds. 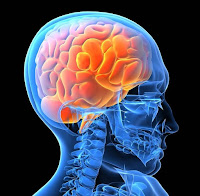 Scientists at HRL Information and System Sciences Laboratory in California have been working to make real life imitate art, very much in the style of The Matrix, by developing what is termed low-current electrical brain stimulation to modulate a person’s learning of complex, real-world skills. This can be used for learning how to drive a car, pilot a plane, learn new languages, and so on.

Dr Phillips said: “Our system is one of the first of its kind. It’s a brain stimulation system. It sounds kind of sci-fi, but there’s large scientific basis for the development of our system. The specific task we were looking at was piloting an aircraft, which requires a synergy of both cognitive and motor performance.

“When you learn something, your brain physically changes. Connections are made and strengthened in a process called neuro-plasticity. It turns out that certain functions of the brain, like speech and memory, are located in very specific regions of the brain, about the size of your pinky.

“What our system does is it actually targets those changes to specific regions of the brain as you learn. The method itself is actually quite old. In fact, the ancient Egyptians 4,000 years ago used electric fish to stimulate and reduce pain.

“Even Ben Franklin applied currents to his head, but the rigorous, scientific investigation of these methods started in the early 2000s and we’re building on that research to target and personalise stimulation in the most effective way possible.

“Your brain is going to be very different to my brain when we perform a task. What we found is that in specific circumstances, brain stimulation seems to be particularly effective at actually improving learning.”

They studied the electric signals in the brain of a trained pilot and then fed the data into novice subjects as they learned to pilot an aeroplane in a realistic flight simulator.

The study, published in the journal Frontiers in Human Neuroscience, found that subjects who received brain stimulation via electrode-embedded head caps improved their piloting abilities and learnt the task 33 per cent better than a placebo group. The experiment showed improvement in both motor and cognitive skills.

Dr Phillips went on: “We were able to take a group of individuals and train them to a similar level.

“The method relies on physical contact with the scalp – a head-cap through conductive gel to apply the current to the skin.

“The effects can persist for hours. The effects take days or weeks of practice to consolidate. It’s the same learning mechanism, we’re just amplifying or boosting it.

“It’s possible that brain stimulation could be implemented for classes like drivers’ training, SAT prep, and language learning.”

As we enter a new era of technology let’s hope it makes life easier and better.