The Long Trip From HSDPA To LTE - GiftechsBlog

Most of we Internet users are familiar with the term HSDPA. Of course, when you want to buy the modem you are presented some information on HSDPA, there are states with 7.2 Mbps also some accompanying figures 3.6 Mbps. However, what is the difference in these numbers? 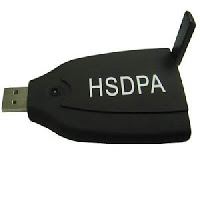 It protocols of this type is providing support to all networks using UMTS (Universal Mobile Telecommunications System), which has a transfer speed and data capacity is higher. Today, HSPA support downloads speeds of 1.8 up to 14.4 Mbit / sec. The first phase of HSDPA is specified in 3GPP (3rd Generation Partnership Project) Release 5. This phase introduces basic functionalities that aim to achieve the speed downloading up to 14.4 Mbit / sec. This 3GPP-based system was implemented so that the speed in the surf using HSDPA USB modem is very pleasant.

The second phase of the HSDPA of course also influenced by the 3GPP, but, in this second phase is determined by what is now the seventh release HSPA Envolved. Data’s speeds can reach about 42 Mbit /sec, with the help of an array antenna technology such as beamforming and MIMO (Multiple Input and Multiple Output).

Where are beamforming to focus on the performance of the power delivered from an antenna in a beam toward the user so that the MIMO using many antennas on the sending and receiving data.

After HSPA Evolved, the next direction is the E-UTRA which was formerly known as HSOPA. It is a technology that is being developed for the specification of 3GPP Release 8. The project is now known as LTE (Long Term Evolution), which provides support in the form of download service with speeds above 320 Mbit /sec and upload at 170 Mbit / sec.