What Really Causes Your Smartphone Battery To Drain Faster? - GiftechsBlog

This is one important question that needs answer especially to the newbies on Android devices.

Yes it’s true that some batteries are better than others in capacity and durability but no matter how strong your battery is, if you don’t apply the good and necessary measures, you won’t get the best out of it. 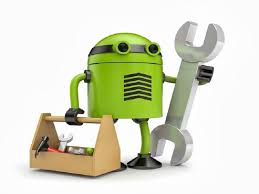 The major causes of fast battery discharge and draining are:-

==> Running many applications in background

==> Installing too many apps

==> Charging your battery with a non recommended charger or power source

==> Not clearing cache files of some apps on your phone.
etc

If you hate to see those warning red signals on your phone for low battery, then use this steps to minimize it. This tutorial will not do magic for you, but it will improve your battery performance to the nearest minimum. I will be explaining to you how you can extend your battery life with a recommend app.

Though phone manufacturers like Gionee, Infinix mobility and even Tecno have started producing nice smartphones with very good battery life, but some brothers and sisters here are still wallowing in the forest of bad phone batteries.

Therefore you are reading this because you need your battery to start lasting longer than before.

HOW WILL I MAKE MY SMARTPHONE BATTERY LAST LONGER?

In this post, I am introducing an app called Advanced Task Killer (ATK). This app is a very important tool used to kill applications and clean phone memory.

HOW TO USE ADVANCED TASK KILLER APP

ATK is really simple to use. Just launch it after downloading and installing it, checkout all the running applications list. Uncheck some apps you don’t want to kill (such as Advanced Task Killer and some system apps) Now click the button Kill selected apps, it will kill all applications that you selected by checking the box.

Ignore list is a list of apps you don’t want task killer to kill. These apps are mainly your system apps and few chat apps like Whatsapp. This is because, once the task killer kills Whatsapp, you will no longer receive Whatsapp message notifications but your messages will be there waiting for the time you launch your Whatsapp again. 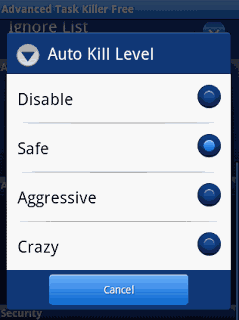 This is done when you want to kill background running apps automatically without long pressing them one after the other. There are auto app killer mode you can choose from.
– Safe: This mode Only kills the apps that aren’t running but still consume phone’s memory.
– Aggressive: This mode Kills the apps running background and apps that aren’t running.
– Crazy: This one kills all apps except for apps you are using with. It is the one applied whenever your battery is about to drain empty. But if your phone battery is generally bad, you should use the crazy mode always to milk out some battery juice that lasts a little longer

There is also another option called autokill frequency which you can also use.
Apart from ATK, you can download greenify from playstore. It is also a nice battery saving app.
These task killers not only saves battery, but they make your phone run faster with minimal lagging.
Enjoy!